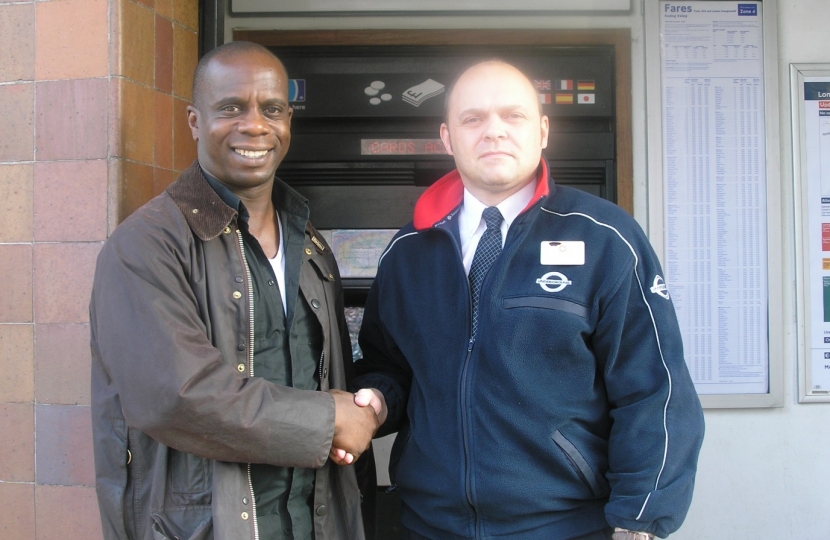 Keeping our Promises to the residents of Buckhurst Hill East.

We are delighted that the disused entrances at the southern end of Buckhurst Hill Underground Station are to be re-opened.
TfL announced on 29th June that six further stations on the network will get step-free access and that the first of these will be Buckhurst Hill, work started at the end of 2017 and hope to be open in Spring this year.
This follows a long period of lobbying by our Local MP Rt Honourable Eleanor Laing, Cllr Neville Wright, and Cllr Gavin Chambers.

Cllr Neville Wright says:
‘Opening these entrances will improve the accessibility to the Underground for those who need step-free access, making life much easier for older and disabled people.  This will benefit both the east and west ward of Buckhurst Hill”