Dame Eleanor Laing has been the MP for Epping Forest since 1997. She was elected Deputy Speaker of the House of Commons in October 2013.

Before becoming Deputy Speaker, Eleanor was a member of the influential Political and Constitutional Reform Select Committee and Chairman of the 1922 Home and Constitutional Affairs Committee. Always deeply involved in parliamentary reform, she was a member of the controversial Joint Committee on the House of Lords, the Joint Committee on Parliamentary Privilege and the Speaker’s Committee on the Electoral Commission. She has also held a variety of opposition spokesman roles - as Shadow Minister for Constitutional Affairs, Shadow Minister for Equality, Shadow Secretary of State for Scotland, Shadow Education Minister and Opposition Whip.

A graduate of Edinburgh University, where she was the first woman to be elected President of the Union, Eleanor worked as a solicitor in Edinburgh, in the City and in industry. She was until recently Chairman of the Society of Conservative Lawyers.

During the Thatcher and Major governments, Eleanor was Special Advisor to John MacGregor when he was in the Cabinet, notably as Leader of the House of Commons.

Eleanor lives near Epping with her young son - who was born one week after the 2001 General Election! She lists her hobbies as theatre, travel and golf - but, combining motherhood and parliament, she has little time for anything else.

Eleanor was awarded her Damehood in HM the Queen’s Birthday Honours in June 2018. 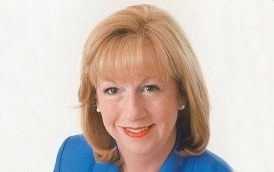